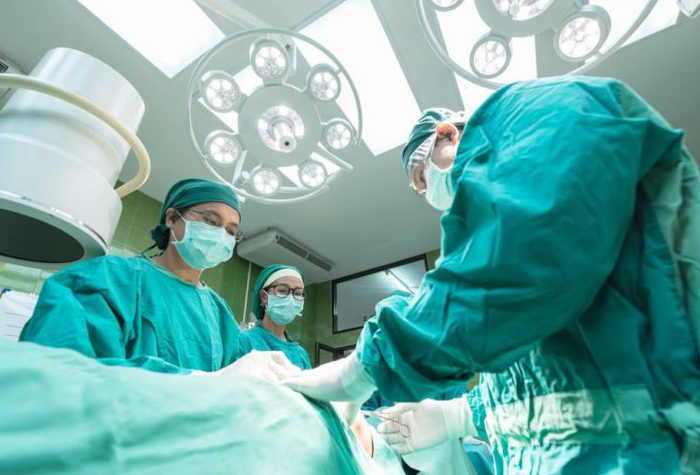 A commonly asked question about careers in surgical technology is, “What exactly will I be doing?”

Among the many responsibilities of surgical techs is assisting surgeons during medical procedures. This can be anything from sterilizing the operating room to passing instruments to the surgeon during an operation. You may also count needles and sponges to ensure nothing is left inside the patient during an operation. Ultimately, it is your responsibility as a surgical technologist to remain composed and assist where and when you are needed.

Keep reading to learn about 5 surgeries you may help with during your surgical tech career.

Also referred to as a C-section, a Cesarean Section is an alternative to vaginal birth where surgery is performed to deliver a baby. C-sections can be planned or unplanned if complications occur. This is typically a safe procedure, but as with all surgeries, it comes with an assortment of risks. However, according to The Office on Women’s Health, C-sections are the most common surgery that women undergo each year followed by hysterectomies.

A hysterectomy is when the uterus (where a baby grows during pregnancy) is removed which stops menstruation and the ability to get pregnant. A hysterectomy may be performed if a woman has unusual vaginal bleeding, endometriosis, or cervical cancer. Most commonly, doctors perform abdominal or vaginal hysterectomies.

An appendectomy is a surgery to remove a patient’s appendix. This procedure typically occurs as a result of appendicitis or an infected appendix. If one’s appendix is not removed, it can burst and discharge bacteria into the abdomen.

Bone fracture repair surgery is performed when a patient breaks a bone that is unable to heal on its own inside a cast. Patients undergo this surgery to repair broken bones by using pins, rods or screws to hold the bone in place. Oftentimes, these surgeries occur when a bone is penetrating through the skin.

Are you interested in assisting surgeons in the above procedures? If so, a surgical tech career may be perfect for you!

Contact us to learn more about surgical technology classes and how MCC can help you get started on your new career!

By clicking below, I consent to receive telephone calls and text messages from Milwaukee Career College containing information at the number above about their programs. I understand that the calls and messages may be initiated with automated equipment and that I am not required to provide this consent to be eligible to enroll.